We are Armed to Worship Ministries. We believe every day is a new opportunity to give praise to God through our thoughts, words, and actions. We are a community of Christians united with a heart for worship in all forms.

Our mission is to organize, train and equip a lifestyle of worship.

We do this by organizing community outreach events, providing training and seminars to churches and religious groups, and by donating musical instruments and equipment. We are a 501(c)3 non-profit corporation supported fully by donations and grants.

Our vision is to lead the world to worship God the Father through Jesus Christ, to sing His praise and glorify Him by living out His kingdom on Earth. 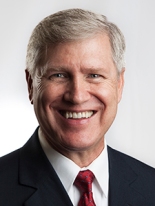 Chaplain, Colonel Steven E. Keith served as Commandant of the United States Air Force Chaplain Corps College at Fort Jackson, South Carolina. In this capacity, he directed the Air Force chaplaincy in its mission to educate and train 2,200 Chaplain Corps personnel, including 1,375 Active Duty, Reserve, and Air National Guard Chaplains and 760 Chaplain Assistants. The impact of his mission is a well-educated and trained Chaplain Corps serving 800,000 active-duty, Guard, Reserve, and civilian forces worldwide.

Chaplain Keith was ordained in 1981 and was commissioned as an Air Force chaplain in 1983. He has served as an Installation Staff Chaplain, Wing Chaplain, Director of Professional Continuing Education and Professional Distance Learning at the Chaplain Service Institute, as Chief of the Plans Branch, Professional Division at Headquarters Air Combat Command (ACC), and as Deputy Command Chaplain for United States Air Forces in Europe (USAFE), and as Director of the Armed Forces Chaplaincy Center in Fort Jackson, SC.

Colonel (Ret.) Anton W. Cihak II recently retired from active duty with the United States Air Force after almost 34 years of active duty and currently serves on staff as the School of Aeronautics Director of Flight Operations at Liberty University. Prior to his Air Force retirement in 2014, he was actively involved in supporting local communities and families through numerous military chapel and other Christian ministries. During his last active duty assignment as the Pacific Air Operations Center Vice Commander, Tony selflessly served the Joint Base Pearl Harbor-Hickam military community as the Protestant Community Lay Leader.

Tony’s leadership and management skills proved instrumental to the organized growth and tremendous outreach success of chapel programs such as AWANA and Operation Christmas Child. It was during his time as the Joint Base Pearl Harbor-Hickam AWANA commander that  the program experienced tremendous growth and was recognized as the largest AWANA program in the United States Air Force. Tony currently holds four Masters Degrees including a Masters of Arts in Religion from Liberty Baptist Theological Seminary. 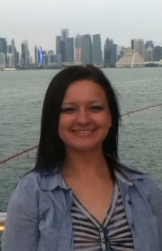 Kimber Nettis is currently an active duty Air Force Major serving in Dayton, Ohio with her husband Michael. She graduated and commissioned from Baylor University with her undergraduate degree in Communication Studies in 2007, graduated from American Military University with a Masters Degree in Homeland Security in 2011, and earned a Masters in Christian Ministry through Liberty University in 2017.

Kimber grew up in the church and learned to love music early on with her family’s band. She has been involved in worship ministry for the past 17 years and has worked with military chapels for the last 8 years from Shreveport and Montgomery to Qatar and Hawaii and everywhere in between. Her passion is to grow more worship leaders.